Book Review: The Expert Teacher’s Guide on How to Motivate Students by Denise N. Fyffe 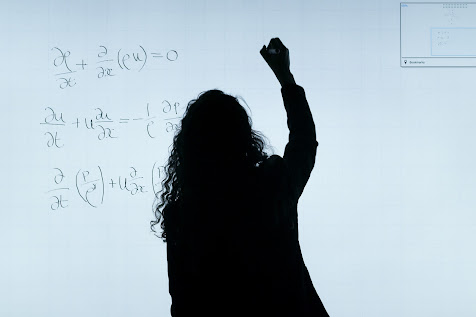 Credentials of the School Counsellor 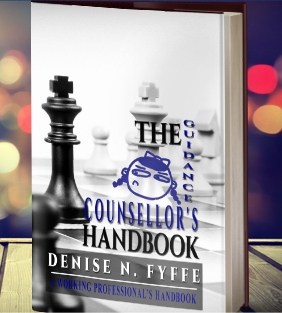 Most professionals are guided by ethical standards for which their members may be held accountable and professional practice improved. Relatively young professions such as school counselling, develop these standards over time and they become systematized in codes.

From these standards and guidelines, the responsibilities that govern school counsellors are derived.

In Jamaican schools, counsellors are guided by the National Guidance Policy developed by the Ministry of Education and school programmes are designed based on the National Guidance Curriculum. Recent developments in the Jamaica Association of Guidance Counsellors in Education (JAGCE) suggest that in time the local professionals will develop an internationally regarded code of ethics, which could become binding for all school counsellors.

Ministry officials conduct periodic appraisals of counsellors employed in schools with a view of monitoring counsellor activity and performance in the field. The JAGCE has undertaken an initiative to partner with the US-based National Board for Certified Counsellors (NBCC) in developing and establishing a NBCC credential for Jamaica. When this agreement is complete the NBCC will provide certification for suitably qualified counsellors in Jamaica.

The Guidance Counsellor’s Handbook introduces the highlights of the psychometric movement, the trait and factor theory as well as legislation that impacted the development of present guidelines and ethical standards. It also explores the counselling process, issues of school management, school organisational structure and several counselling techniques which are apt for the school setting. The book also examines the various roles and responsibilities of a Guidance Counsellor and provides a list of resource centers.

Empowering the 21st Century Worker exposes the research, analysis, implications, and findings of on-the-job training for one learning organization. It takes a close look at the processes and infrastructure in place for employee training and whether positive organizational change is the result.

The idea for this analysis was born out of direct contact with the Registry staff of a learning organization. Questions and concerns arose as to the career development exposure of the staff members and the benefits that could be derived from this type of exposure. The overall perspective of the department, from the vantage point of the students and customers, is that there are seemingly too many problems and difficulties. Hence, it is of added value to dispel that notion while increasing the capabilities and outlook of the staff.

Several registry employees are short-term contractual workers. These are school leavers with no prior job experience. They are normally placed at the front desk and many reports have surfaced about the poor customer service experienced. It has been stated by external clients that persons at the front desk are not familiar with the programs and policies. They are also misleading customers, as it relates to the products and services offered at the institution.

Get your copy of Empowering the 21st Century Worker and arm yourself with information and career development strategies, in assisting employees.

Other Books by Denise N. Fyffe:

Book Excerpt: How to Deal with Thieves in the Workplace by Denise N. Fyffe

Thieves in the Workplace

Occupational theft is a billion-dollar industry in and of itself.

Every year global organizations face the challenge of minimizing the loss of inventory, goods, and financial standing. Numerous measures have been implemented but with the onset of the global financial recession, people have become even more desperate and innovative in their methods to siphon off company funds.

Countries continue to suffer including the US, UK, Europe, Australia, and Jamaica.

What Causes People to Steal

Thieves in the Workplace states that poverty is the mother of crime and this statement can be deemed true even though there are those who have sufficient but are still greedy for more.

However, with the increase in white-collar crime, one can see that there is a direct correlation to the high levels of poverty and deprivation currently affecting the country.

People will become resourceful and create opportunities or means to take what rightly belongs to others without earning it themselves. No place is it least expected but more rampant than in the workplace.

In the United States (US), companies overall lose upwards of US$50 billion annually due to employee theft.

Jack L. Hayes International conducts a global Annual Retail Theft Survey of “23 of the country’s largest retail companies with 18,900 stores and over $596 billion in 2012 retail sales. Just these 23 major retailers alone apprehended over 1.1 million shoplifters and dishonest employees and recovered more than $189 million from these thieves in 2012” (Lasky, 2013).

Thieves are opportunists, whether they are amateurs or professionals.

They endeavor to take advantage of any situation, which provides them a loophole. An opportunity to take what belongs to someone else.

They are criminals who are indiscriminate and feel no immediate remorse when they hurt others. If the situation presents itself, a thief can get away with the act without much effort or planning because committing this type of crime is second nature to them.

Thieves in the Workplace Steal for Social, Financial, and Physical Reasons

A thief is even more likely to commit a crime when they are persuaded to do so; that is when they have social, financial, or physical needs to be met. Financial obligations are always the main trigger.

The influence of their peers or the desire to maintain their present lifestyle is others. The other factor is greed; wanting to have something that you desire at any cost.

Most thieves are brought up in a culture of deviant or criminal behavior, which is considered a subculture of their society.

For Some Thieves, Stealing is a Profession

Some persons look at stealing as a profession; it is a job where they spend the time to refine the skills needed to maintain a constant level of success in their endeavors.

They do not spend too long in one place.

They are always scouting out new locations.

They are precise and logical in their actions.

Many are often charismatic and engage their victims without them becoming suspicious.

Other thieves are not so industrious; they do not hold this criminal act in such high esteem. The amateur thief is more of an opportunist; he or she only engages in the activity when they are least likely to be caught.

Some in this category simply do not put much preparation and thought into committing the crime. They are loners who learn more from their own successes and mistakes than from the tutelage of another.

It is not easy to pinpoint one category of people as being more likely to develop this criminal trait.

Thieves in the workplace are distinct as their motives differ. While one person might steal to meet everyday expenses, another might steal because it is a psychological addiction that can never be assuaged.

Thieves in the workplace are not much different from those operating in other places.

They are still opportunistic, but they have access to people who least would suspect them of such an offensive crime.

It is often thought that those who commit office theft do so out of a feeling of dissatisfaction with their job or boss. Some thieves might feel exploited by their companies and wish to exact revenge by depriving the company of its assets, possessions or secrets.

Criminality is not exclusive to the trenches of society; it has long existed in the corridors of the workplace. In this modern age, people who have this intent, find better ways of stealing secrets, depleting company resources and taking personal belongings of their fellow co-workers.

Some culprits use the good reputation and office of their employers to enact fraudulent acts on the wider society.

They lure them in and then misrepresenting themselves to gain thousands if not billions of dollars.

It is important for businesses to note that most cases of employee theft are executed by long-term members of staff; those who seem dedicated to the business and have the trust of their employers.

How Can Companies Stop Thieves

Companies that wish to deter employee theft otherwise known as fraud, embezzlement, or occupational fraud, from happening against themselves and their employees must enforce strict moral and ethical codes of conduct.

Each employee must have access to these codes and perpetrators who commit violations must be made an example of; no one likes embarrassment or to be disgraced publicly. However, whereas this is the utopia of expected industrial behavior, it is not the regular modus operandi.

Many organizations are themselves guilty of mistreating their employees almost and over the point of it being a human rights violation; hence, they would never look out for the rights of their employees in any other way, at work.

As such, they are more likely to look the other way or do nothing when an employee is the victim of office theft.

Therefore, when you see lack of integrity, mistreatment, pressure, fraud, exploitation, low employee morale, low pay, purposeful frustration of the employee and rationalization of a questionable act you will see that these organizations breed a culture of crime.

Are you encountering thieves in the workplace? Share your comments and experiences below.

About the writer:
Denise N. Fyffe is a copywriter and published author of over 30 books, for more than nine years and enjoys volunteering. She writes for online publications such as Revealing the Christian Life, Jamaica Rose, Entertainment Trail, My Trending Stories, The Island Journal among others.

This book, Thieves in the Workplace, examines the occurrence of on the job theft and strategies are then recommended that can be implemented to deter perpetrators from repeating the violation.

Available at all online book retailers and Amazon.com.