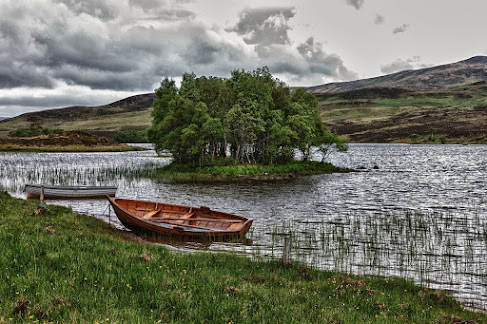 Plato joined Socrates as a student when he was an adolescent of twenty and Socrates was sixty years old. Aristotle at seventeen years presented himself, joining Plato’s group when he was sixty years old. Aristotle possessed a strong character, a penetrating intellect, apparent sincerity, but great personal ambition. Aristotle was a student in the Academy during the twenty years he remained in . His remarkable intellectual powers led Plato to call him the ‘Mind of the School’.

After the death of his teacher, Aristotle soon moved on, to become the tutor of Alexander the Great. After his Persian conquest, Alexander presented his former tutor with a sum equivalent to a million dollars, which enabled Aristotle to purchase a large library and continue his work under the most ideal circumstances. When Aristotle was forty-nine years old he returned to  and founded his own school of philosophy. It was known as the  because of Aristotle's habit of strolling up and down the shaded walks around the Lyceum while talking with his pupils.

Plato and Aristotle differ in their philosophical concepts and methods. It is even more prominent once we recognize that only about a quarter of his work has been passed down. These seem to be sketchy and obscure notes, which were highly technical and full of repetitions intended for his lecturers. It gives the impression of an immense historic loss that Aristotle failed to continue the line of teaching begun by Pythagoras and clarified by Plato. But Aristotle was not content to be a 'transmitter.' Plato claimed no originality for his ideas, giving the credit to Socrates and Pythagoras.

It is the task of Philosophy to investigate this all-important question: What is real? At first glance, Aristotle's definition of philosophy seems to agree with Plato's. Plato described philosophy as the science of the Idea, the science which deals with noumena rather than phenomena. Aristotle defined it as the science of the universal essence of that which is real or actual. On the topic of Education, they differ in definition and philosophical concept. Plato’s approach was always that of utilizing questions to get the pupil to understand and come up with an answer by himself whereas Aristotle chose a different approach and stated the answer.

The philosophy of education is the study of the purpose, process, nature and ideals of education. This can be within the context of education as a social institution or more broadly as the process of human existential growth, i.e. how it is that our understanding of the world is continually transformed (be it from facts, social customs, experiences, or even our own emotions).

Plato in defining education or knowledge, as it was referred, looked at the value of knowledge and defining the term. He questioned: What knowledge and skills are worthwhile learning? What are the goals of education? What is knowledge? How is it different from belief? What is a mistake? A lie? Conversely, Aristotle states that the purpose of the state is to educate the people, to make them virtuous. Virtue is the life principle of the state. The goal of the state is to educate with a view toward its own institutions (to preserve them) - political education of all citizens (Davidson, 1900). Virtue is the perfection of reason. The reason is the source of the first principles of knowledge. Reason deals with the abstract and ideal aspects. Active reason makes the world intelligible ("Aristotle" 384-322 BC). Education is a function of the State and is conducted, primarily at least, for the ends of the State. State - highest social institution which secures the highest goal or happiness of man. Education is preparation for some worthy activity (Davidson, 1900). Education should be guided by legislation to make it correspond with the results of psychological analysis, and follow the gradual development of the bodily and mental faculties ("Aristotle" 384-322 BC).

Plato was considered to be one of the earliest important educational thinkers. Education plays a minor role in his general philosophical vision; nevertheless, it still is a fundamental area. Education, to him, serves its purpose to the Republic by sustaining it. His selected methods purported for this Republic were excessive. They namely involved: “removing children from their mothers' care and raising them as wards of the state, with great care being taken to differentiate children suitable to the various castes, the highest receiving the most education so that they could act as guardians of the city and care for the less able”.

It was Plato’s belief that the individual was best served by being subordinated to a just society and that talent was distributed non-genetically. This talent must be found in children born to all classes. Plato continued to purport that those correctly gifted are to be educated by the state as to be competent to presume the position of a ruling class. This is viewed as a system of selective public education asserted on the postulation that an educated minority of the population are, by virtue of their education, adequate for healthy governance.

Based on the limited information passed down about Aristotle’s writings, one of which was a treatise ‘On Education’; we consequently have knowledge of his philosophy of education, for the most part, owing to succinct passages in supplementary works. Aristotle deemed “nature, habit, and reason to be three equally important forces to be cultivated in education. Thus, for example, he considered repetition to be a key tool to develop good habits. Aristotle placed great emphasis on balancing the theoretical and practical aspects of subjects taught. Subjects he explicitly mentions as being important included reading, writing, and mathematics; music; physical education; literature and history; and a wide range of sciences. He also mentioned the importance of play”.

Philosophical Assessment of Plato vs. Aristotle

Plato and Aristotle both agreed and disagreed on various elements of the philosophy of education. They both are of the same mind that the state played an integral role in the education of its people. However, Plato advocated for strict and stringent methods to be used in getting young children educated, which involved separating them from their families. Aristotle, on the other hand, did not purport these views.

One of education's primary missions for Aristotle, perhaps its most important, was to produce good and virtuous citizens for the polis. He stated that “all who have meditated on the art of governing mankind have been convinced that the fate of empires depends on the education of youth”. Plato and Aristotle both differed in the learning techniques and methods employed to teach their pupils. Plato’s emphasis was on questioning his listeners to bring out their own ideas. Contrastingly, Aristotle believed that the teacher was to lead the student systematically.

It is my belief that Plato’s methods would not be suited to today’s cultural, social, and political climate. The way people are today is in severe contrast to what existed several hundred years ago. With such a democratic approach in the ‘West’, Aristotle’s approach may be best suited in some of its elements to today’s world. One of our aims is to produce good and virtuous citizens for society, as purported by Aristotle. To achieve this goal we could never uphold the belief that in order to properly educate our youths we must steal them away, and separate them from their parents so that they will one day take over the ruling class. What foundation would they have from family, history, and love? In addition, the unfolding animosity and hatred that would exist between the ruling government and the people; there would almost certainly be anarchy.

About the writer:Poetess Denise N. Fyffe is a published author of over 30 books, for more than ten years and enjoys Training, Publishing and Counseling.

This handbook highlights the most efficient teaching techniques to motivate students. The Expert Teacher’s Guide on How to Motivate Students initially examines who is an expert teacher and how to become one. Then it will delve into how to get students to learn any subject by implementing effective motivation strategies.

Available at all online book retailers and Amazon.com.

Please feel free to leave your comments, opinions, and encouragements. Thank you.